We have spoke about how Rayman Origins is shaping up to be one of the best looking games on the PS Vita aside from Uncharted: Golden Abyss, but one game that you may have overlooked is Virtua Tennis 4: World Tour Edition.

Sega has also brought the latest edition of Virtua Tennis to Sony’s new handheld and like many other console games landing on Vita, the portable version will come with exclusive features which will make use of that lovely touchscreen.

If you haven’t seen any gameplay for the Vita version of Virtua Tennis 4 yet, allow us to remind you of a teaser trailer that Sega unveiled at last year’s GamesCom event. It highlights some of the brand new vita specific features, such as birds-eye style touchscreen mode, create a player mode using the on board Vita cameras and even some unaugmented reality features as well which Sega are yet to reveal.

You can even play the game using the touchscreen entirely if you want, as Sega has added full multitouch and gesture support depending on the types of shots you want to pull off – i.e lobs, topspin and slices. Like Virtua Tennis games on console, there will also be a variety of mini-games for you to play, making the whole package on a portable device very appealing.

It’s the graphics that stand out for us though as it’s easily one of the best looking, if not the best looking game on the system so far. As we mentioned above, Rayman Origins is right up there too, so if you want to buy the best looking games on the Vita at launch, you definitely need to consider these two. We’ve often felt that the newer console versions have been lacking slightly compared to the experience you get when playing in arcades, but if Sega support this Vita game further via DLC, then it makes it a must-buy launch title in our opinion, and perfect for just picking up and playing on the go. 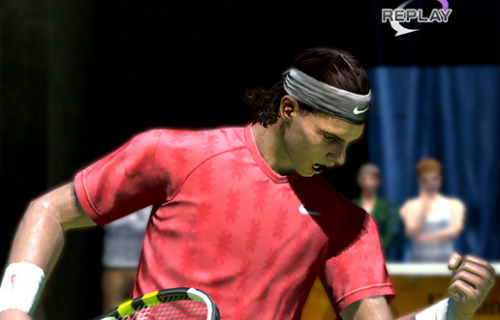 Are you surprised at how good Virtua Tennis looks on the Vita? More importantly – are you buying this at launch?