If you enjoy playing classic fighting games from the Sega Mega Drive/Genesis era, then I think we may just have some good news for you. It appears that Sega’s classic Virtua Fighter 2 game for iOS has recently appeared on the Apple App Store.

As Tracy Erikson over at pocketgamer.co.uk reports, the Virtua Fighter 2 game — which is just the latest Sega Genesis conversion to be made available for the iPhone and iPod Touch — is available to download now, at a price of £1.19/$1.99. 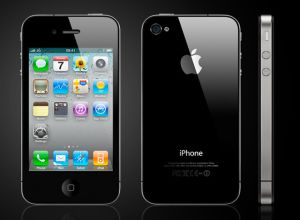 Although it would have been nice to see a new and more sophisticated 3D arcade iteration that’s tailored for the iPhone and iPod Touch, Sega instead opted to bring the 2D Genesis version to the iOS operating system. The app features 8 fighters and 8 stages.

Each fighter will possess over 25 unique (and deadly) moves to take down their opponents, according to the information provided over on the itunes.apple.com website. The app also features Bluetooth Peer-to-Peer multiplayer, enabling you to play with a friend.

What do you think of the Virtua Fighting 2 game, and would you download it for your iOS device?