We’ve known for several months that Virgin Media was working on a new set-top box to take the fight once again to Sky with their Sky Q box, and the company finally released details of their Virgin V6. However, looking at its specs there seems to be a great deal of concern about its interface, and storage.

The first issue is in regards to the Virgin V6 interface, as this 4K steaming device will be underpinned by the TiVo software. This is because while some people might not have an issue with this software, many others believe it is very slow and could prove the deciding factor in terms of how well the V6 performs. 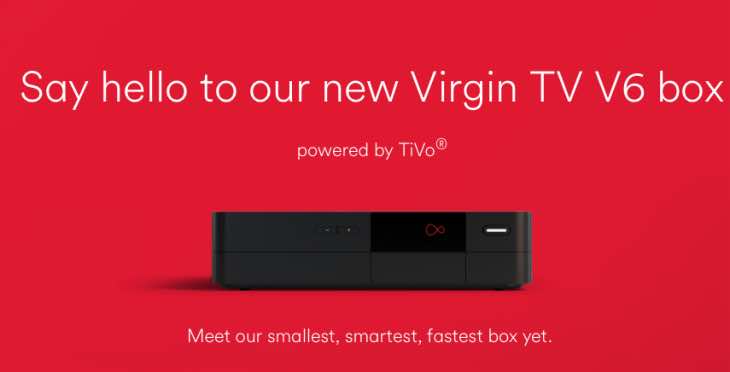 Then there is the storage, and this could be its biggest issue, as it’s 1TB and with some Sky Q owners complaining that 2TB is not enough, we do have to wonder how Virgin Media customers will be able to cope with half that amount of storage?

Let’s try not to look at all the bad points though, as there is plenty to look forward to, such as the ability to record up to 6 channels at once, and so 2 more than Sky Q. Virgin Media tell us that this new 4K steaming box is very fast indeed, but then that all depends if they have been able to iron out those TiVo issues.

We really want to like this device, but the number of people complaining that its looks are not that attractive either really does make you think the V6 is the underdog when compared to its rival box from Sky.

If you would like to learn more, then you are asked to register your interest HERE. In terms of when the new box will be available, it will be before the end of the year, and will require a one-off charge of £100.