Having already spoken about the new Virgin Media V6 4K streaming box, we thought we would take a look at the other device that the company unveiled, and that is the Virgin TV TellyTablet 14-inch tablet. However, even before we get started we needed to bring something to your attention, and that is the fact it is not 4K. 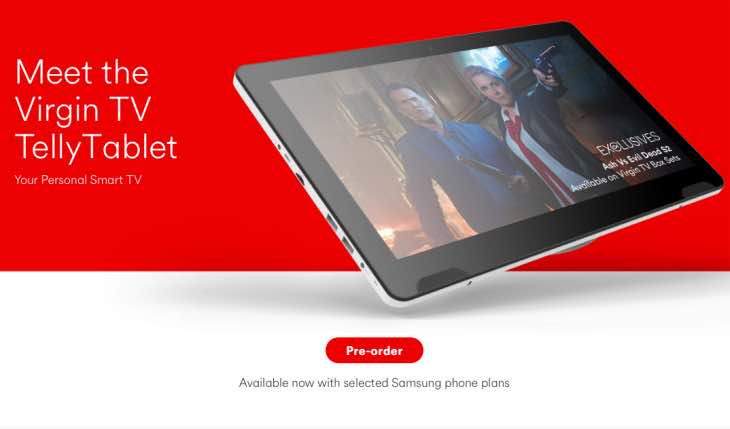 So why did we bring this up? Well, the TellyTablet is a 14-inch tablet that is said to help bring flexibility to allow you to watch TV shows and movies up close, rather than use your TV. However, in this day and age, you would have assumed that Virgin Media would have done something a little different and offered us an Ultra High Definition screen instead of a standard HD display.

It’s obvious that this is a touchy subject because while some people believe that a 4K display is what’s needed, others will say that for a screen of that size and the lack of 4K content online, there is still not a huge enough market – but what side of the fence are you on?

In terms of specs, you get that 14-inch HD screen, 32GB built-in storage, and up to 64GB of storage via microSD card slot, 3GB of RAM and four built-in speakers. As for price, this will cost of £299 and will be available from January, 2017. More details can be found on the Virgin Media website.