As one era of space flight comes to an end, with NASA’s shuttle program having ceased, so a new era begins. This promises to be a revolutionary type of space flight however as it will be available to the public, providing they have the cash to do so.

That’s right, Virgin’s new Galactic tours will be taking anyone who has ever dreamed of venturing into outer space on a two and a half hour journey, as much as seventy miles above the Earth aboard the SpaceShipTwo. The flights are expected to begin in 2013 and are thought to cost around £123,000, that’s $200,000 per seat.

The company has revealed that over 450 people have made plans to take part in the series of flights and the maiden voyage will consist of a mixture of wealthy people from entrepreneurs and scientists to celebrities. Each flight will have the capacity for eight people all together, including two pilots and six passengers.

Before taking part in the flight, each of the passengers must undergo several medical tests and training is required which is obtained through a three day course provided. The training is to prepare those going aboard the SpaceShipTwo for things like a zero-gravity environment and the rich travelers will also be required to take part in a human centrifuge machine which tests their ability to withstand the G-force that they will experience during the Virgin Galactic tour.

Once space bound, passengers will remain there for fifteen minutes, in which time they will be able to gaze at the stars and the Earth first hand through portholes, which are fitted throughout the vessel ensuring everyone gets the perfect view.

According to International Business Times, among the first group of names to apply for the tours are Professor Stephen Hawking, director Bryan Singer, designer Philippe Starck and comedian Russell Brand. Will you be among the other names in future applying to take part in the tour or is it too expensive for you? 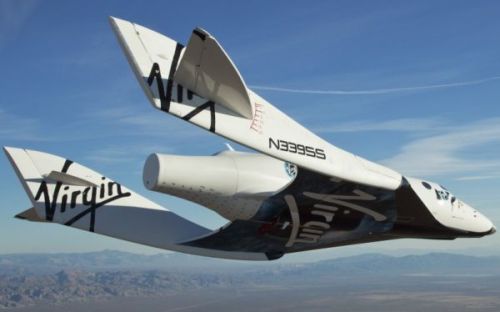