It’s now on the third day, and Virgin broadband is still down for customers in certain areas. An area just outside of Bristol, UK has been having issues, and even though engineers were digging up the road, they then told customers the issue was fixed. However, this is not the case, as the problems still persist.

To make matters worse, Virgin Media broadband customers were then sent texts saying that an appointment with a technician has been canceled, as another problem was found in the area, and will be in contact once they have resolved the issue. 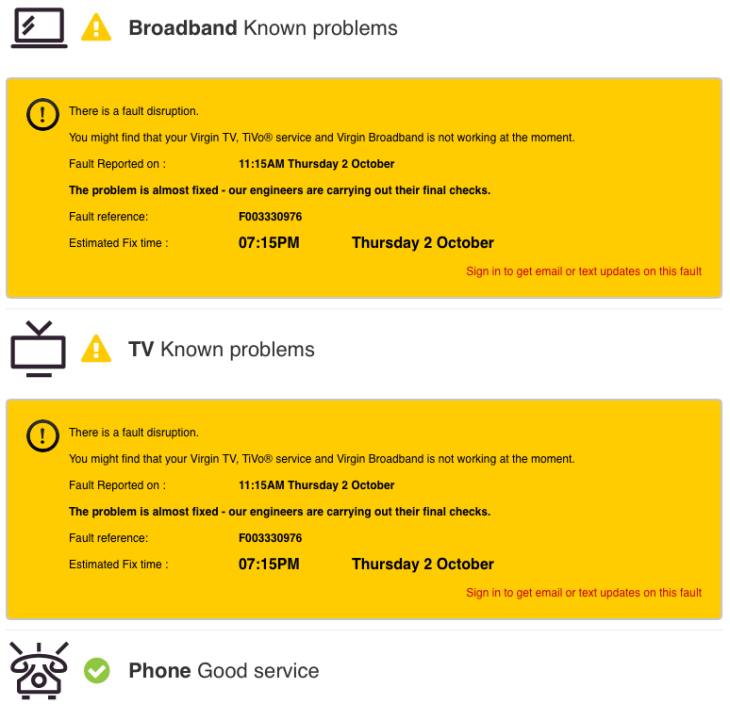 You can see from the image above for just one area checked that it is not just Virgin broadband down today, but also its TV service may have issues as well.

We have since heard from once of our readers that Virgin has been in touch to offer a £30 goodwill credit, and while this is a nice gesture, these customers would just rather have their service back.

The problem here is that Virgin customer affected by this have started to eat into there mobile data, and are likely to get a higher mobile bill at the end of the month.

Have you been affected by this Virgin Media broadband outage?