While the big market for music media is via downloads from the likes of iTunes and the compact disc, many Hi-Fi enthusiasts over the years have always preferred the sound that vinyl records provide. The media was once in decline almost to become non-existent, but now vinyl makes a comeback as sales rocket of the retro format.

While the majority of music fans either download their music or purchase it via CDs, according to What Hi-Fi Sound and Vision sales of vinyl albums rose by 55 percent during the first six months of this year. The rise in sales was led by the likes of Adele, Beady Eye, and Radiohead with sales hitting 168,296 from January to June in the UK. This compares to 108,307 during the same period last year.

The surge in interest in the format doesn’t come cheap though, as the average album spend on vinyl was £16.30. This compares to £7.82 for the average price of a CD, and £6.80 for digital releases. The biggest seller was Radiohead’s King of Limbs album that sold 20,771 vinyl copies of the album.

There will be many younger music fans who have never heard a vinyl album or single. But many aspiring DJs will be familiar with the 12-inch single. Personally I prefer the sound of a vinyl album except from the slight crackle at the beginning and end of every record.

To this day I can still remember the puzzled look on my children’s faces when I was putting on The War of the Worlds album on my Rega Planner 3 turntable, they thought I’d had gone mad when I said it contained music. Do you still listen to vinyl records? 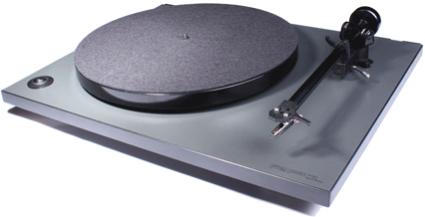