Today is the second day of MWC 2011 — three if you count the early events from the likes of Samsung — and the announcements of both phones and tablets have been relentless, more so Android. One such device on show was the Viewsonic ViewPad, but it seems as if it is suffering from an identity crisis, as it does not know if it is a phone or a tablet.

We had already seen the ViewPad 4 at CES, but ViewSonic has worked on a few things since then, with Engadget making note that the hardware is now much more refined. With just three months to go until the rumored release date we would say that the tablet/phone is almost there, which you can see for yourself in the video on Engadget.

CNET UK has said that the device has a hard time knowing what it actually is; is a phone or a tablet, as either bleeds into each other? However, Andrew Hoyle is correct when he says that it is more phone, the small form-factor and the fact that it only runs Android 2.3 is a dead giveaway. What else could it be? 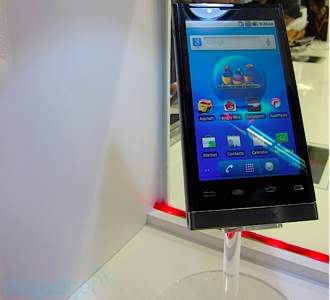 Let’s look at it like this, a tablet device makes it possible for you to run a number of tasks on at once, such as emails, spreadsheets, graphics, games and so much more; doing all that on a 4-inch device will be a pain. It was for this reason why the iPad was born; our smartphones had to evolve, it seems that ViewSonic wants to skip this part of evolution.

What do you think the ViewSonic ViewPad 4 is a phone or tablet?