We’ve provided our readers with information on a number of different 3D monitors over the past few months, including 2 new models from Acer (the HN274H and HS244HQ), the e2352Phz from AOC and two 3D HDTV/monitor hybrids (TA950 and TA750) from Samsung. However, today we’d like to talk about the recently unveiled V3D245 3D monitor from ViewSonic.

As noted by Darren Murph from engadget.com, the ViewSonic 3D Vision monitor comes with a 24-inch, LED-backlit display with a full 1920 x 1080p HD resolution, a built-in NVIDIA 3D Vision wireless emitter and one pair of 3D Vision glasses. It also offers an impressive 120Hz frame refresh rate, 300 nits of brightness, a 20,000,000:1 dynamic contrast ratio and an ultra-fast response time of just 2ms.

The built-in NVIDIA 3D Vision wireless emitter provides users with the flexibility of being able to connect it to an NVIDIA GeForce-equipped PC, in order to view 3D videos and photos, stream 3D content from the web or play 3D games in a full HD, 60fps resolution. Thanks to the standard built-in HDMI 1.4 input, users also have the option of connecting it to a PS3 console or 3D Blu-ray player.

As for the audio, the ViewSonic V3D245 3D Vision monitor comes with two integrated 2-watt SRS Premium Sound audio speakers. NVIDIA’s 3D Vision drivers support over 550 3D video games, with more being added all the time. What’s more is that 3DVisionLive.com contains thousands of 3D photos and hundreds of 3D videos that can be viewed via a free web browser and a 3D Vision system.

Erik Willey — LCD monitor and PC product marketing manager at ViewSonic — said that by pairing their exclusive 120Hz, LED-based 3D technology with NVIDIA’s 3D Vision technology, they are able to provide a new world-class level of performance that will shape the future of 3D entertainment and gaming. As for the price and availability, the V3D245 will be available to purchase for an ESP of $499 as from mid-late August.

Are you thinking about buying a new monitor? 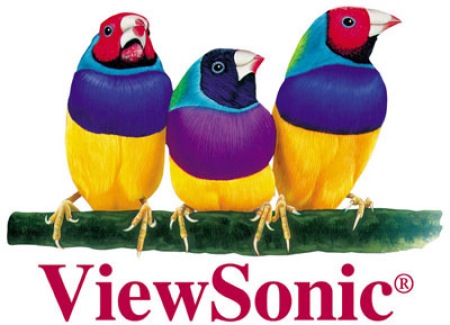