For those of you that are into Android powered tablets, you will probably have heard of the ViewSonic ViewPad 10. It originally appeared last year with an Atom N450 CPU as well as it’s Android OS; well it seems it has resurfaced, this time with the dual-core N550 CPU.

The ViewPad 10 still appears to have the same style and specs that it originally came with it but has made some changes that include this CPU upgrade. It also now runs Windows 7 Home Premium according to an article at Tablets Unleashed.

Previously the tablet was listed have an Android 1.6 OS with ability to boot to Windows 7 OS, a 10” touchscreen, a 16GB SSD and 1GB RAM to go with its 1.66GHz processor. Now it appears it has 2GB RAM as well as its new OS. 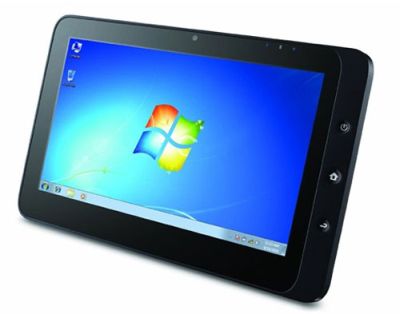 According to Slashgear sources, the tablet is good for 720p playback because it combines its Windows OS with the new Intel hardware. It will be available in Europe within the next four weeks for less than â‚¬500 with no word of a U.S release yet.

What do you make of these improvements? Would you consider buying the ViewPad 10 with its new specs? Let us know what you think.