You might remember that Motorola had to delay the release of the Droid Bionic, so we thought that this would be an ideal opportunity to look at a couple of Motorola Droid Bionic benchmark video gems ahead of pre-release. Who knows, it might be able to answer our question as to if it is better than the HTC Thunderbolt on Verizon?

The first video is a Quadrant benchmark, and you can see that it is unable to tell the processor type at the moment. You then get to see confirmation of other features, such as its Retina display, and the graphics. The guy in the video believes that the graphics is very similar to the Droid X, but maybe just a little slower.

However, the second test is much faster. You have to bear with the final scores, as they take some time to come through, but the final score is 22/84. You can clearly see that it has come out on top from a list of other similar handsets. The second video is a hands-on, which aims to wet your appetite — although that high benchmark score has already done that for us. 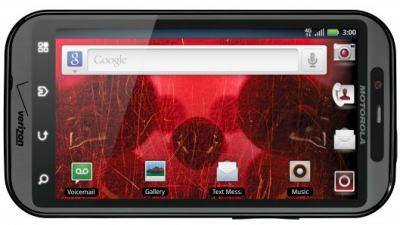 The Motorola Droid Bionic is very similar to the Atrix, but the Bionic has less RAM. The guy in the second video believes that this is because the extra RAM was only needed to work with the dock. The performance seems to be a little slow, but this could be just because it is a review unit, and there could be a few tweaks needed for the UI. Having said that, once the phone gets going things get a whole lot faster.

Watch both videos below to tell us just what you think of the Motorola Droid Bionic.