If you were still praying for the likelihood of a Victor Valdes FIFA 15 or FIFA 16 Ultimate Team card for Manchester United, that hope now appears to be dead and buried.

Reports indicate that Van Gaal wasn’t kidding when he infamously said that Valdes could leave the club. Now it looks like Valdes to Besiktas is a done deal meaning that on FUT, fans won’t be getting their Valdes card for MUFC.

For some reason, EA delayed giving Valdes a Man United card on FIFA 15 Ultimate Team in the first place when the initial transfer updates went live in the game. 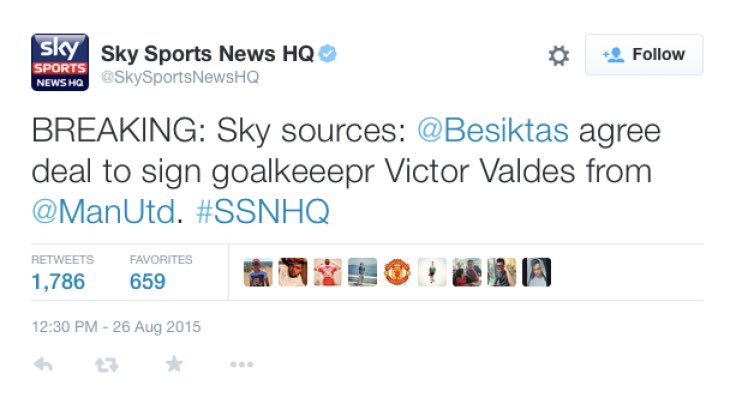 Now they don’t need to at all as Valdes is on his way out according to Sky Sports. Assuming it is true, then it is bad news for fans of Valdes with many believing that he didn’t even get a chance and has been harshly treated.

It also poses the question, what does that mean for FIFA 16 Ultimate Team in relation to Man United’s number one keeper? David De Gea wants to go to Real Madrid, but MUFC are refusing to budge unless Sergio Ramos goes the other way.

Are you shocked that Valdes is leaving the club, or did you expect it? If you are in the process of building your dream Manchester United squad builder on FIFA 16, give us your thoughts on this.