A couple of days ago I brought you a list of possible game reveals that could well take place during this year’s Spike TV Video Game Awards ceremony. It now looks like fans can stop speculating however, as the list has just been confirmed and details have now surfaced online.

According to a recent report by Anthony Severino over at gamerevolution.com, Geoff Keighly — host of GameTrailers TV — has been teasing fans for almost a month now, by mentioning major reveals from the likes of Sony, Bioware, Microsoft and many more.

Although there has been confirmation of 13 world premieres during this year’s event, we currently only have details of 6 of them. This includes a special Gears of War 3 announcement, Bioware’s next game, Thor: The God of Thunder, Batman: Arkham City and Resistance 3. 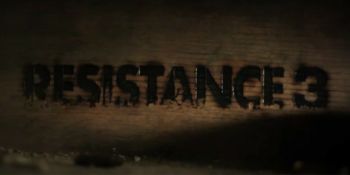 Guillermo Del Toro’s video game is also scheduled to debut at the 2010 VGA ceremony. I found a recent article over at gamingeverything.com that tells us what to expect with the upcoming VGA trailer of Resistance 3, and it looks like we are going to see a mix of live action and gameplay footage.