We have some rather amusing news to share with you now, as it has been reported that Verizon Wireless has made a rather embarrasing error when trying to promote features on Google Maps on their Motorola Droid X handset.

As reported from Phandroid, it looks like Verizon are going to point the finger solely at their marketing department for this one, as a new advertisement has showed an image of the Droid X running Google Maps. However, the problem here, is that the version of Google Maps is actually the iPhone version!

Either they know something we don’t, or they have made a pretty big mistake here, one which is sure to anger the good people at Motorola. We know you want the iPhone Verizon, but couldn’t you have just waited until January? 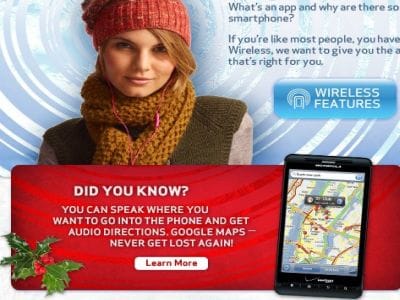 Take a look at the image above and let us know your thoughts on the news. What are your ideas behind Verizon’s blunder?