We can confirm that as planned, the Verizon strike is now in affect in New Jersey and other parts of the US this morning. For those that haven’t seen it, we have the full statement from the CWA and also suggestions on how some aspects of Verizon’s service could be affected by the Verizon strike on April 13, 2016.

If you didn’t think it would go ahead, just head on to social media as 40,000 workers are now on their way across streets, in protest in what they believe is Verizon’s ‘corporate greed’ and an unwillingness to give workers a fair package.

For those that what to know why Verizon workers are on strike this morning, you can read the official statement which was sent out to the CWA website below: 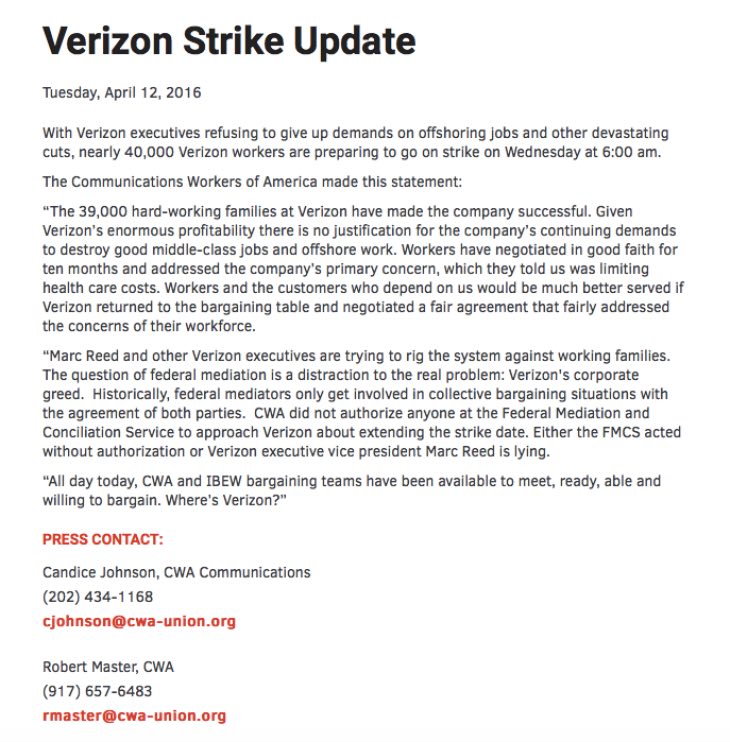 Also, David P. Willis over on App.com has some useful coverage of the live strike which is ongoing, including the Vine which we’ve also added for you here.

As for how Verizon customers or prospective customers may be impacted, there are fears that those who are currently waiting for service connections on mobile or internet may face delays, also to those who may have been disconnected recently and were expecting reconnection today.

What are your thoughts on the Verizon strike by workers today and have any of you had service affected in your area?