When Apple first decided to bring out their iPhone they were told it was a gamble. Pundits warned it would be a big mistake and that they shouldn’t enter the mobile phone world. Well Apple took that risk anyway and now the iPhone is iconic. Sony Ericsson seem to be taking a similar risk now with the launch of their Xperia Play.

With the release of the phone just around the corner, it finds itself being compared directly to the iPhone 4. In a report from PhoneArena it seems that like the iPhone 4, it will be available to Verizon wireless users. Their article can be viewed here.

Having already been compared to the PSP 2 (NGP), the Android smartphone will not only specialize in games but also offers the latest from other smartphone technology. So does this make it a worthy contender for the iPhone 4? I suppose we all have to wait and see, but in the mean time we can take a look at how the specs that we know about so far line up against each other. 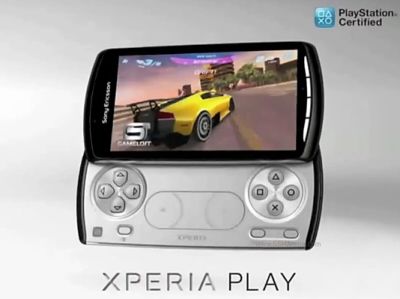 An article at Wirefly has a full list of the specs which can be viewed here. They found some of the key differences were the storage space, display and the OS used by each. Why not check out a clip of the Sony Ericsson Xperia Play in action here. Also if you’re thinking of picking one up in the UK you can see which carriers it’s available to.

Do you think the Xperia Play can contend with the iPhone 4? Which will you be getting?