The Verizon iPhone has been on the cards for a long time in the online world and it is rumoured to appear in 2011. We have spoken to you a couple of times about Android models being launched early on the Verizon Wireless network.

Now we wanted to bring you some interesting news about Android’s sales weakening in anticipation of the Verizon iPhone. I can see thousands of people ditching AT&T in favour of Verizon coverage coupled with the most innovative phone on the market, the iPhone.

Daniel Eran Dilger has quoted an analyst who has been talking about Verizon’s smartphone sales. He has stated how little growth there has been for Android with Verizon as well as the number of iPhones being sold on the AT&T network. Currently AT&T are selling 2.5 times more iPhones than Verizon are Android models. 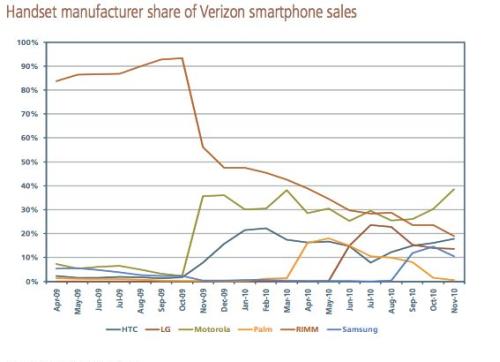 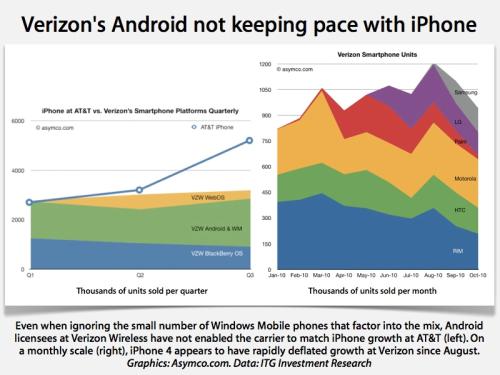 Verizon are already retailing the iPad in their stores and will probably be hoping for a similar deal when the iPad 2 makes it’s way onto the scene but by that point they will want the Apple iPhone running on their network. When that happens I can see a massive change in their profits on it’s way.

The long and short of it is the Android handsets haven’t been as popular as Verizon might have wished and maybe it is because everyone is hanging on for an iPhone on their network. Why do Verizon want the iPhone? Quite simply because their revenue will be unbelievable and after a few years they may start to wipe out competing carriers.

Another consideration is Verizon has recently launched the LTE network, you would hope that when they take on the iPhone they will make it LTE compatible which will again help to drive their sales.

What do you think? Are you on holding out for the Verizon iPhone? Let us know in the comments below.