We have some good and bad news now, depending on how you see it, as it looks confirmed that retailers Best Buy will not be offering the upcoming Verizon iPhone in their stores, they will have another smartphone as an alternative.

The news is according to this article from BGR, as they are claiming that they have been tipped off that the Verizon iPhone won’t be available at Best Buy. Before you get mad about this, you may take pleasure in the fact that they’ll instead be offering the upcoming and highly anticipated HTC Thunderbolt handset, a smartphone which will run on Verizon’s 4g LTE network.

Best Buy apparently have the exclusive retail rights for the handset, meaning that you’ll only be able to get one from Best Buy initially, much like the Samsung Nexus S which launched not too long ago.

In case you didn’t know by now, the Thunderbolt is Verizon’s first 4G LTE smartphone, and it comes equipped with key specs such as a 4.3-inch capacitive touchscreen, a 8 megapixel camera, a separate front-facing camera, a 1Ghz processor and Android 2.2 Froyo. 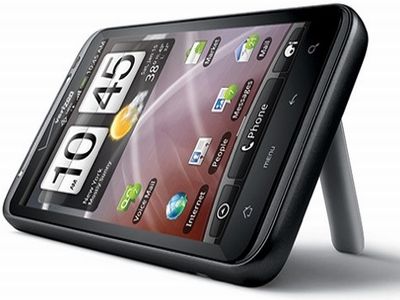 What are your thoughts on Best Buy’s coup? Are you slightly disappointed that you won’t be able to get the Verizon iPhone from Best Buy, or more excited that the Android-equipped Thunderbolt will be exclusive at Best Buy? We are guessing that stocks will be limited for customers, just like the Nexus S.