We have a much needed update for Verizon owners of the Apple iPhone 5 now. After numerous complaints on the support forums, it appears that Apple has now taken action against a rather serious bug which caused Verizon iPhone 5 handsets to use cellular data, instead of WiFi.

If you do have a Verizon iPhone 5, you may have even encountered this problem yourself without even realizing it. Apple has confirmed that the device is prone to a bug which causes the handset to use cellular data, even if the device displays a WiFi icon. For those of you that don’t have an unlimited data package, this could obviously be a very expensive problem and a cause of considerable frustration especially when you are not at fault.

Thankfully, Apple has now acknowledged the problem with a quiet update that occurred on Sunday evening. However, it doesn’t seem like the update will occur OTA on Verizon handsets. Instead you have to manually trigger the update yourself by heading into the About section of your handset, after first heading into Settings and then General. 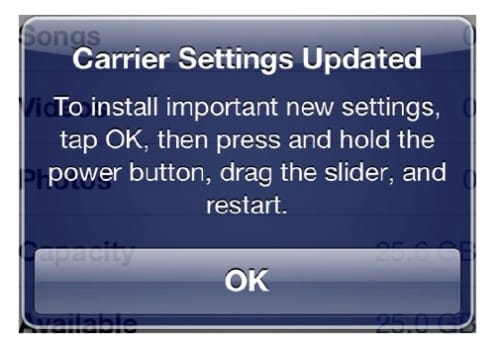 From there, you should be able to view the 13.1 update and install it once you have held the power button down and restarted. While it is pleasing that Apple has fixed the problem with a swift update, there does remain a few outstanding points that will be of considerable concern for affected consumers.

Firstly, are Verizon planning to compensate those who have now incurred significant amounts of data as a result of the bug? It’s fair to say that it will cause uproar if there isn’t any compensation in the pipeline. Secondly, Apple hasn’t given a detailed explanation on how the problem first appeared in the first place. Is it an issue specifically related to Verizon’s network, or is it a problem directly related to iOS 6?

Let us know if you have experienced this problem on your Verizon iPhone 5. If you are affected, how much data did you use up before you realized?