The next version of the iPhone looks more likely to arrive sometime towards the end of the year, and in the mean time we continue to get more speculation what the next handset will feature. Now the Verizon has the iPhone, will this mean the Verizon iPhone 5 will have 4G capabilities?

Brooke Crothers from Cnet recently spoke to Will Strauss who is President of wireless chip market research firm Forward Concepts. Tim Cook from Apple recently said “that the first generation of LTE chipsets force a lot of design compromises”.

Because of Cooks comments Strauss was asked why the iPhone 5 is likely not to have LTE chipsets. According to Strauss smaller chip designs and more integration will be needed before an iPhone is likely to have the feature.

Cook also said that LTE is currently immature and Strauss believes Apple is not at fault, but wireless manufacturers currently have no true LTE handsets available besides the HTC Thunderbolt, but that is a workaround. It don’t have a single LTE-3G chip, but has a LTE modem chip and a second 3G chip from Qualcomm for voice functions.

At the moment no one can do voice over LTE, including Verizon and currently Samsung is the number one provider of LTE chips, but they are mainly for dongles. Integrated chips are expected to be available by 2012 so Apple will be able to use them then. 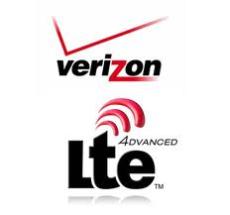 So for now we will have to wait for technology to become available before we see a 4G iPhone, but with Apple and their track record you never know when they might surprise everyone.