Surprisingly, we haven’t heard too many rumors lately on the upcoming Verizon iPhone, until now that is. We have just read fresh reports that Apple are planning to release their iPhone on Verizon after Christmas.

Even more importantly, it looks like the iPhone may have support for Verizon’s new 4G LTE network too, if this latest report from Mac Daily News is to be believed.

According to their sources ‘familiar with the matter’, the 4G LTE Verizon iPhone is definitely coming in January, and it will be equipped with a multi-band chip to support both their CDMA 3G network and also their new 4G LTE service.

Furthermore, they also state that AT&T themselves are holding off from ‘announcing’ that their exclusive deal with the iPhone is coming to an end, as they want to ensure that they have a successful period during the holiday sales. Do you think an announcement would jeopardize this?

If the above details are true, then it must mean that the Verizon iPhone has already been built and is just patiently waiting at Apple and Verizon HQ for the green light. I’m not sure about you, but it still seems very odd that a new piece of Apple hardware would be out in January, and not after WWDC when they usually release new gear. 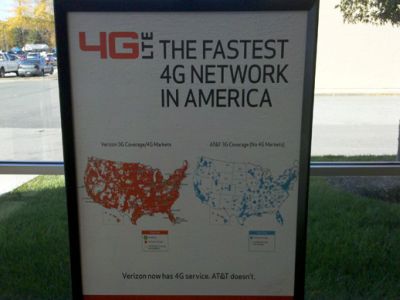 Have a look at the article over at Mac Daily News and give us your say on it. Do you think the Verizon iPhone is finished? Are you surprised that it may have support for Verizon’s 4G LTE network? We’ll bring you more details as we get it.