The Verizon iPhone 4 is not even out yet, but that has not stopped the flurry of reviews for this much-anticipated handset. Engadget has to have what we believe is the best review so far, but they like to point out how tough it was to do such a thing, as it is not technically a new phone. However, that has not stopped them saying that the best smartphone has got better.

We already know that almost all the components are an exact match for the current AT&T version. However, we have to remember that is GSM and this new Big Red version is CDMA, so has to have a different radio. We do not want to put people off at this stage, but before you go ahead and buy this new version of the iPhone 4 — just consider that the iPhone 5 will be with us in June.

Some people still might be confused about the Verizon iPhone 4, as they believe that it is an LTE version; but it is not — and we doubt the fifth-generation model will be either. MacWorld has something interesting to add to this though, as they believe that this latest CDMA model is a step back to the original iPhone. The reason for this statement is due to the fact that Big Red is unable to transmit data and voice at the same time, unlike AT&T. 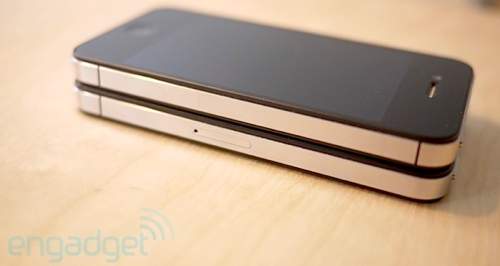 NYT offers their opinion to this debate though, saying that if you want an iPhone that will not drop calls, then the Verizon is for you. Wired seems to agree with Engadget, by saying that its just a much better phone all round.

We have given you a few sides to this argument, now it is time for you to finally make that decision — will you buy the Verizon iPhone 4?