As you may already know, in just over a weeks’ time, Verizon launch their iPhone 4. However, it seems Apple have already released an update for it, iOS 4.2.6, which is available for download direct from them. Apple Insider say it’s listed ‘for iPhone3,3, which is the identifier for the CDMA…’ Verizon’s version of the iPhone 4. They have tagged the 652mb update as Build 8E200.

One reason for this early release could be due to the number of journalists who, have been rumored, to have received units for reviewing already. If this is the case, these demo versions are running the iOS 4.2.5, which suggests that a few adjustments have been made since the press event in January, so as to make sure there are no major problems with the device before the launch on February 10th.

Earlier this month, Apple also issued a beta build of the next major update, iOS 4.3. This software, also pre released, contains many new multi-touch features. However Apple insist these features are for preview and not available for customers. Read the full article from Apple Insider here for more details on the update. 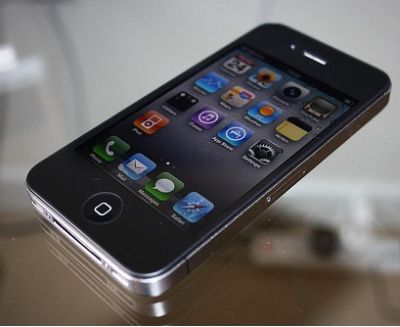