If you were planning on pre-ordering yourself an iPhone 4 on Verizon before they are available for everyone, you are now out of luck. Verizon and Apple have now stopped taking pre-orders.

The iPhone 4 was first made available for existing customers yesterday for pre-order, and as expected demand is high. There were some people who complained about problems when trying to order their handset, but the pre-order stock has quickly been allocated according an article on Macworld

All is not lost though as you can order one online starting on February 9 at 3:01 a.m Eastern, or you can go to an Apple or Verizon store on February 10 at 7 a.m local time. There will surely be lots of people planning on doing the same thing, so it will be wise to queue up early.

Recently Apple’s Tim Cook said the company was struggling to keep up with demand from AT&T, so it is of no surprise that Verizon may not have enough units to meet initial demand. 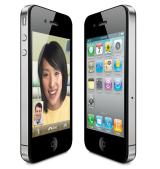 Meanwhile Verizon have said that they will start reducing download speeds for the heaviest users, according to an article on Mashable. This will affect the top five percent of data users, and will cover all customers not just those with an iPhone.

Have you managed to Pre-order an iPhone 4?