With the release of the Verizon iPhone 4 just around the corner, analysts are already predicting statistics about sales in 2011. There’s no doubt that when the device is finally for sale, February 10th, it will be extremely popular. But just how popular?

According to a report over at All Things Digital, an analyst called William Power suggests that sales would reach the 25 million mark this year. That’s almost double what analysts had predicted previously. Obviously this statistic is still just a prediction however, judging by how he came up with the number, it may not be far from true sales. 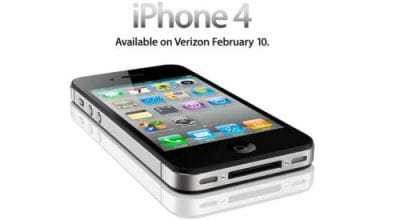 As these results are just estimates, they do not take into account variables, such as Apple’s ability to deliver that amount of iPhones. Also how customers will react to the various hidden costs that come with the service plans. Read more at PC World.com.

What do you think of these predictions? Let us know your thoughts.