There have been a number of release dates kicking around for the upcoming HTC Thunderbolt 4G, such as February 14 and 24th, as reported a week ago. However, we can now tell you that Best Buy have begun the pre-sale of the Verizon destined device; we have still yet to receive a confirmed date of when customers will actually get them though.

We are not certain when other stores will get the HTC Thunderbolt 4G, as our press release tells us that this is a Best Buy exclusive. That’s not the only handset that the store have been promoting, as the Verizon iPhone 4 goes on sale in just two days time, and is said to be opening their doors at 7am — wonder if they will do the same for the first 4G LTE device on the Verizon network?

To give you an idea at just how fast LTE will be, we are told that you can download an average song in just four seconds and 20 photos in less than a minute. We have to remind you that this is just speculation, and that speeds will vary depending on LTE coverage. 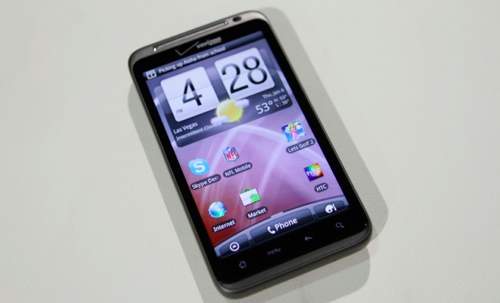 Accessories have already started to become available for this latest HTC smartphone, such as new batteries and cases — that’s if you want to hide your new Thunderbolt away? One thing is certain, February is a month of firsts for Verizon, what with the release of the iPhone 4 and their first 4G LTE handset — this could be their biggest month in terms of sales yet.

Which handset will you be getting this month, the HTC Thunderbolt 4G or the iPhone 4?