We have some exciting news for Verizon fans now, as it looks confirmed that a another HTC handset is on the way to Big Red soon. We haven’t heard too many details on the ‘Lexikon’ as of late, but the device has just been given some high-quality images treatment.

BGR has managed to obtain the exclusive photos, but we actually still don’t have a confirmed name for the device. It has a confirmed model name of ADR6325 and along with the tag ‘Lexikon’, we have also heard this handset called the HTC ‘Merge’.

Either way, it looks lovely and you have to say the color scheme shown in these photos reminds us of Verizon’s collection of Droid handsets – could this be the latest addition? 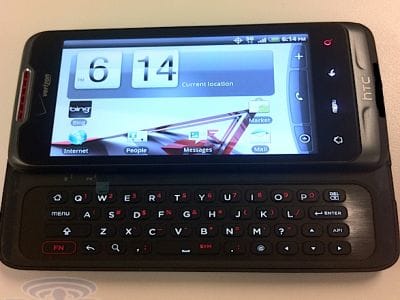 BGR has also confirmed a few specs for us. These include a full slide-out QWERTY keyboard, Android 2.2 OS, a 5MP camera (not 8?) and SIM card slot for other regions.

Hopefully we’ll get full details on this unannounced handset soon, but for now – enjoy the pictures. What are your initial impressions of this handset? Do you know any further information on it?