We have some breaking news to bring to Verizon customer now, as some high quality images of an unknown and unannounced handset have popped up on the internet. We don’t know what the handset is called yet, but it definitely looks super sexy.

The images come to us courtesy of BGR, who have obtained them via their unnamed source. The device in question is a sort-of merge between the HTC EVO 4G on Sprint, and the Google Nexus One – which is obviously a great thing since they are both awesome looking handsets.

The handset is coated in an aluminium plating as seen on the Nexus One and BGR has also given us the first specs of the device. They include a 4.3-inch display screen, 8 megapixel camera as seen on the back of the device, dual-LED flash, a front-facing camera – yes!, kickstand and 3.5mm audio jack.

We’re not sure about you, but we are super excited about this device. When will it be given an official name though? Hopefully we’ll be able to bring you more details on the handset soon. Let us know your initial impressions of it. 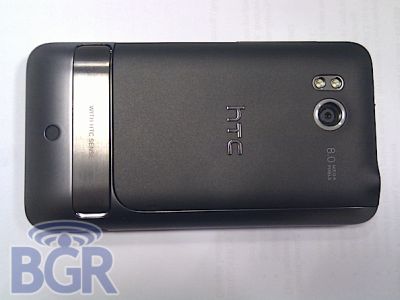