Each year some of the biggest electronics companies in the world gather at the Consumer Electronics Show in Las Vegas, and CES 2011 will be no different. Last year was all about 3D TV and the tablet, but it was only the former that delivered. However, this year looks to be very different with a multitude of brands promising new tablet devices, and Verizon with the help of Motorola is just one of them.

However, we have to inform you that Big Red will have much more to offer than just an Apple iPad alternative. On January 5th Verizon will be holding a series of keynotes to do with Internet video and its impact on “Traditional Broadband Distribution Systems”. This then leads into a discussion about how the next-gen of video service will be. 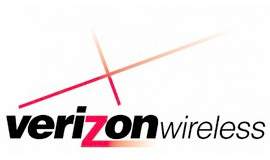 On Thursday January 6th the first main keynote by Ivan Seidenberg will kick off. The first of the discussions will look at LTE 4G along with the new Net Neutrality policy. Things do look to get even more interesting on January 7th, when Big Red will take a closer look at cloud based solutions and its impact on the industry.

There seems to be no mention of their tablet PC, any new Droid handsets or any other such device, but we can be certain that Verizon will not let us down, just do not expect their version of the iPhone — although we could be wrong. We already know that Verizon could show off their first LTE handset, but we are not certain if it is the one that Motorola is working on?