The Venue 8 3000 Series tablet with 16GB of storage is not the best Android tablet of its size on the market, but with its mix of decent specs and competitive pricing, Dell was onto a winner the moment it was released earlier this year. Even though this tablet is a few months old it is still more than capable of standing up against other Android tablets, although it would also make an ideal gift seeing as though Christmas is fast approaching.

Dell’s new 8-inch Android tablet may be light, be it is also powerful and stylish, which is also backed up with superb audio quality. So what of those Venue 8 3000 Series 16GB 8″ Tablet w/ 1GB RAM, Android 4.4 OS specs we hear you ask, well we will now go through some of the main ones for you below in the hope that this tablet appeals to you. 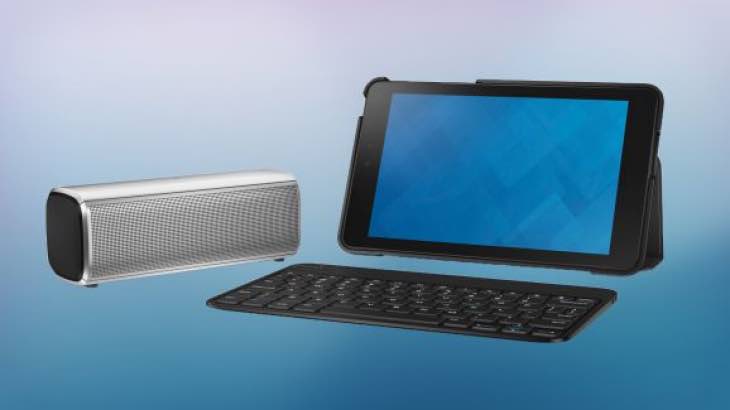 Venue 8 3000 Series specs – This tablet is powered by an Intel Atom Dual Core Processor with a speed of 2.1GHz, 1GD of DDR3 memory, and 16GB Solid State Drive. Its 8-inch display features a Direct bond IPS with FHD and a resolution of 1920 x 1200 and an Intel HD Graphics Imagination PowerVR G6400. 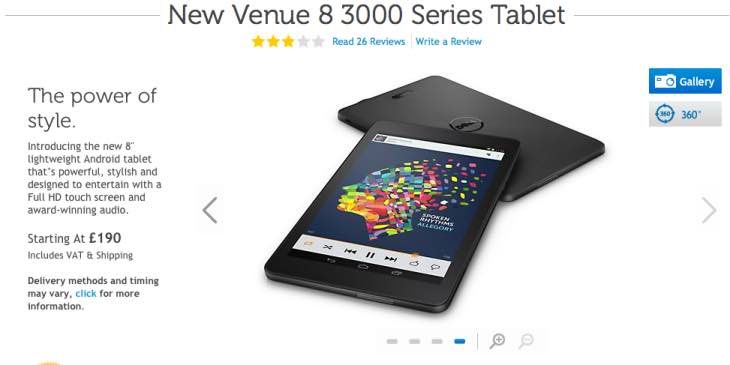 Venue 8 3000 Series review – If you would like to get more insight into this Dell tablet, then you can do so by watching the hands-on review below. The video runs for a little over 3 minutes and in that time you get to learn far more than you would just by reading over a few specs.

The Venue 8 3000 Series price is currently less that $190, but we have a feeling it might be reduced in price very soon, and so you will just need to keep an eye on Dell.