After a year of dominance in the tablet market by Apple, 2012 will mark the start of a new era where other manufacturers will be looking to get in on the action. Velocity Micro are a company that won’t be as well-known as Apple yet but that hasn’t stopped them producing two new Android 4.0 tablets which they are set to debut at the Consumer Electronics Show this year.

The tablets that have been announced are the Cruz T510 and the T507. The clue to what to expect from each tablet is in their names with the T510 featuring a display that falls just short of 10” at 9.7” and the T507 features a 7” display. Both will run Google’s latest Android OS, 4.0 Ice Cream Sandwich and will also be packing a 1.2GHz Cortex A8 processor chipset.

Each will also feature a front-facing camera, 8GB of storage, HDMI out slot, ARM graphics and 512MB RAM. As you can tell from the image, their designs are inspired by the innovative iPad, as are most other tablets. As BGR explains Velocity Micro will be hoping to get a leg up on the competition by offering up a more budget-friendly tablet with their 7” T507. Access to the Android Market is unusually not permitted with these devices; however they do use Amazon’s Appstore alternatively.

Whether each device is as great in action as they are on paper remains to be seen. Next week’s CES is sure to be the perfect platform to launch these devices and will also be where we get the first details of how each tablet performs. What do you think of both of these Android tablets? Will they be any competition for the almighty Apple iPad? 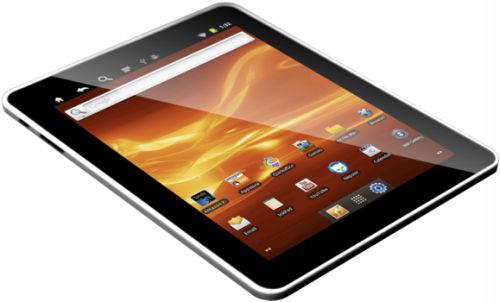