Having already established that the Vauxhall Meriva replacement, which is due to be revealed later this year, with a release in 2017 will not actually be called a Meriva, we now have some fresh news to offer. New spy images have come to light, and even though the model is heavily disguised, you can still make out one massive change, and that is going from the rear-hinged back doors to conventional ones instead.

Two reason for going back to conventional doors is because it never delivered on the promise of making it easier to access, and also the cost involved with the complex construction just did not add up, and so therefore Vauxhall finally admitted defeat. 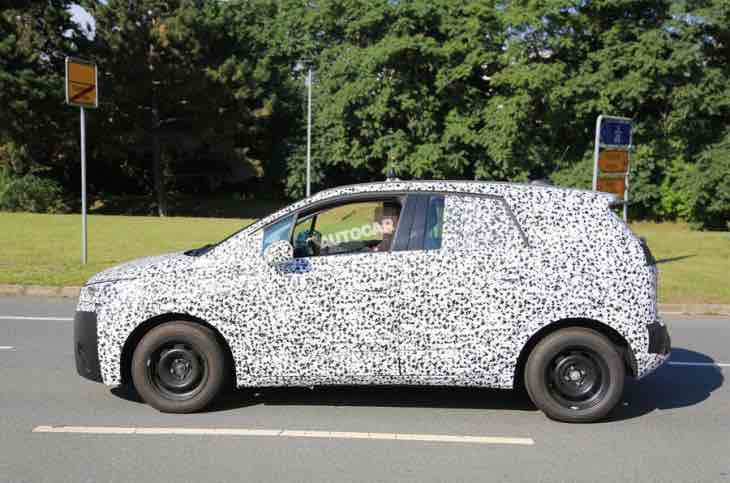 It’s hard to make out much more because of the heavy camouflage, but with its unveil just around the corner, all that speculation will finally be answered.

Vauxhall knows that they need to make changes because sales of MPVs are on the decline. This is one of the other reasons why they have decided to make the same move as the likes of the Renault with their Scenic, and make it more like an SUV, and so what we are basically getting is a crossover of sorts.

In terms of other changes, Autocar believes that there will be major improvements made to the interior, similar to what we see in the new Astra and Corsa.