The R4.0 IntelliLink system update has been introduced to the Vauxhall ADAM, offering this model the latest and greatest features for its infotainment system. One of the new features as part of the update is smartphone integration, which is one feature that has been wanted for several months now.

The first generation of the IntelliLink system for the Vauxhall ADAM was ok, but it was clear from the start that there were several areas of improvements.

Some of the improvements made with the addition of the Vauxhall ADAM R4.0 IntelliLink are Apple and Google Maps navigation, along with OnStar for the ADAM SLAM, S and ROCKS models. 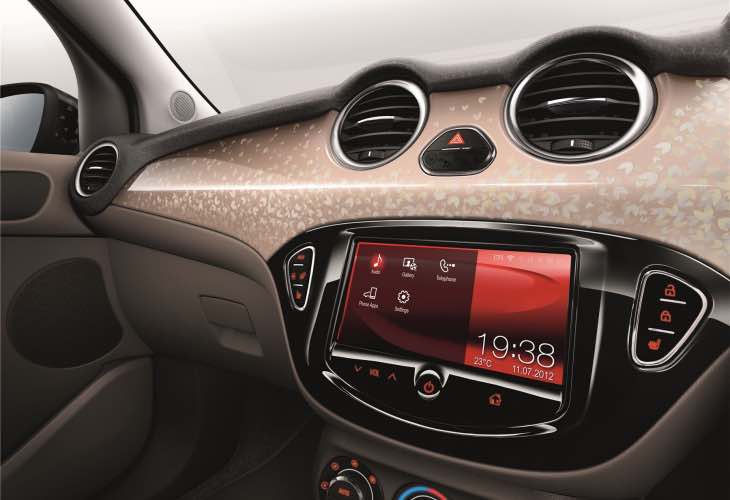 This means they now have personal connectivity, along with a service assistant, WiFi hotspot for up to 7 mobile devices, and that wireless feature can even be used while driving abroad, and will not even occur any data roaming fees.

IntelliLink R4.0 price – For this latest version of the infotainment system, you will have to pay a fee of £495, which is part of the Technical Pack, which also comes with the addition of parking sensors.

In order to make full use of this update your handset will have to have Android 5.0 Lollipop or iOS 7.1, full details of which can be found on the Vauxhall website.