If you have been following the latest Arsenal FC transfer rumors, you’ll know that Vardy to Arsenal from Leicester is the main one that everyone is talking about right now.

With this in mind, we wanted to share a rather interesting image right now in relation to the upcoming announcement of FIFA 17 Ultimate Team cards from EA.

EA will be revealing this design very soon, possibly even at E3 2016 during EA Play but now you can see one fan-made design which we think is fantastic – courtesy of Twitter user JoeDesigns_. 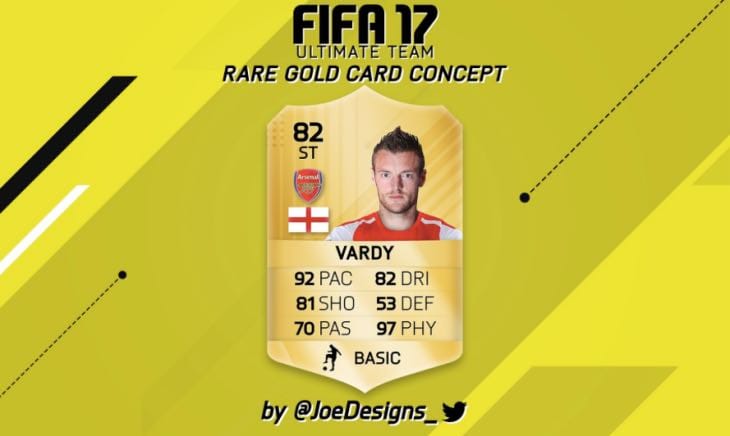 You can see that Vardy is featured with the Arsenal badge and it could provide a nice little teaser ahead of Euro 2016 with Vardy saying that he’ll decide whether to join the club from Leicester after the tournament has ended.

What are your thoughts on the design first of all, this would obviously be for rare gold cards – is an 82 a fair waiting for Vardy after initially shipping with a silver card on FIFA 16?

Leave your thoughts on this below.