Everyone is pumped up about FIFA 18 which is releasing in September. All eyes are on the FIFA 18 player ratings as there are going to be tons of new faces with so many transfers happening across Europe.

One player that seems certain to move this Summer is Southampton FC’s Virgil Van Dijk who has been the subject of heavy speculation over a potential move to Liverpool FC.

We love to see potential future ratings and now we have a possible look at how Van Dijk’s LFC rating on FIFA 18 could turn out to be. 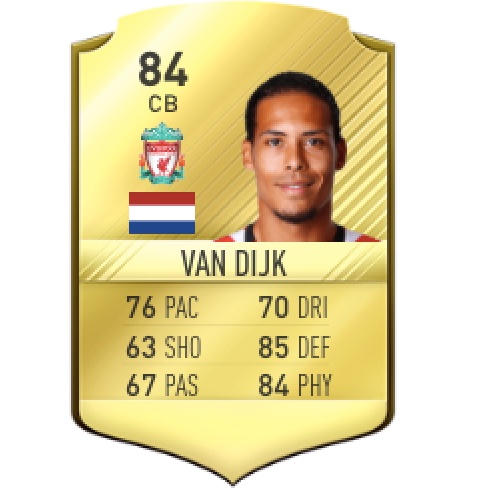 For those that need a reminder, Van Dijk’s rating on FIFA 17 after the Winter Upgrade was 82. It is likely that this will be upgraded further by EA but not by much we feel.

You can see the predicted rating above, showing a new 84 overall card with increased dribble and physical stats.

What are your thoughts on this rating and do you think an 84 is a fair card for a player that all big clubs seem to want at the moment?