The big FIFA 17 January update is on the horizon, with EA soon to update the game with a huge database overload following on from the January transfer window in real life.

We always keep an eye on possible high profile transfers and this week we can see that Virgil Van Dijk to Liverpool FC is one that most of you are talking about.

Those who play as Liverpool on FIFA will be using Matip and Lovren as first choice CBs, but soon you may have to consider adding 79 rated Van Dijk to that lineup – with the possibility of EA also giving him a Winter upgrade to 80 overall. 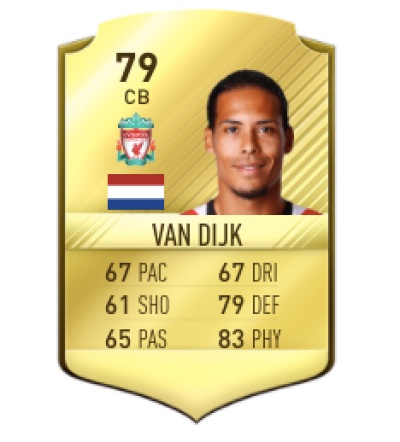 The current LFC transfer rumors for Van Dijk suggest that a £50m transfer may be on the cards in January, which would mean yet another Southampton player joining Liverpool after Clyne, Mane, Lallana, Lovren and Lambert.

Van Dijk is also one of the most in-form players of the current season so if he does make the transfer he could have a very good chance of making the BPL TOTS for FIFA 17 next year, or if not the Community MC Gold cards at least.

What are your thoughts on this transfer since the January update and the Winter upgrades will land in FUT soon?

Let us know what other players could be moving on FIFA in our discussion section.