Skyrim Dawnguard has been great fun and delivers more hours of gameplay than most people think, which is thanks to keeping a save file when you have the choice of vampire or Dawnguard. Remember to play both sides of this downloadable content to get even more value for money, and you’ll also enjoy other quests. If you have arrived at this story and don’t want to learn more about Dawnguard or how to cure being a vampire, then you should either leave or jump to the comments to save seeing spoilers.

If you joined the Dawnguard in Skyrim’s first DLC rather than becoming a vampire, you would have had another opportunity to change into a Vampire Lord at a later date. This had been thanks to a choice you have to make before entering the Soul Cairn, which we choose to be a vampire and did this hoping we could cure Vampirism even when a Vampire Lord.

After setting Valerica free in the Soul Cairn, defeating the dragon protecting the Elder Scroll, and also making friends with the same dragon later, which now means we can Dragon Shout and call Durnehviir for help when in battle. We then left the Soul Cairn and realised we’re now a vampire and have decided to find a cure considering joining the Dawnguard had always been our first choice.

Vampirism cure for a Skyrim Vampire Lord — first up let’s explain this is possible because we have just done it, so if you want to cure being a Vampire Lord and like us had been part of the Dawnguard before entering the Soul Cairn, then this is how you do it.

It’s pretty simple and starts by entering any Inn, which includes the Moorside Inn at Morthal. We spoke to Jonna at the Inn and asked if she’d heard of any rumors lately, although it took a few times before Jonna told us to speak to Falion of Morthal. This man has studied vampires and knows how to cure Vampirism. 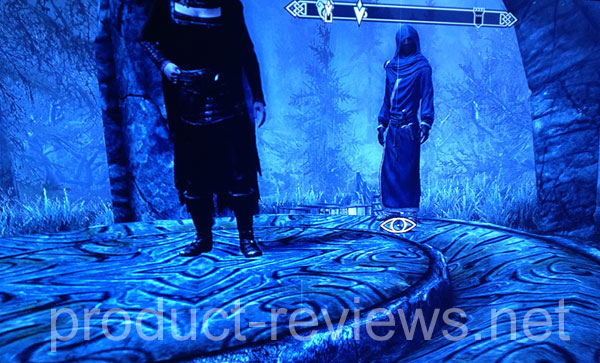 Falion lives in a house next to the water in Morthal and after speaking to him you will start the Rising at Dawn quest. All you do now is give Falion a filled Black Soul Gem and meet at dawn in the marsh. You can find the exact spot using the objective and map, although you only need to find a summoning circle. When dawn arrives Falion will cure you, which can be seen in the photo above.

Do you prefer being a vampire or part of the Dawnguard? This is the same Vampirism cure that worked before Dawnguard, and it also works after installing the Skyrim DLC and becoming a Vampire Lord.