Just last week, North American PS3 gamers were treated to the re-release of the Xenogears game. Now it appears that they have yet another PSOne classic to look forward to this week, when Sony and Square Enix release the Vagrant Story game onto the PlayStation Network.

According to a recent article by Mark Fajardo over at justpushstart.com, the classic RPG title — which sees gamers take on the role of a young assassin called Ashley Riot, who is also a spy for an organization known as Riskbreakers — will be available for both the PS3 and PSP from Tuesday, March 1st.

As Matt Furtado over on the examiner.com website recently reported, the Square-Enix developed game was originally released back in May 2000, and was met with some pretty impressive ratings. Vagrant Story was released onto the Japanese and European PSN back in 2009. 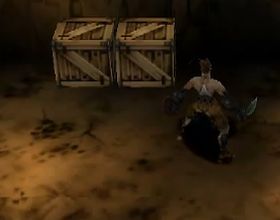 The Vagrant Story game — which focuses a lot on weapon creation and customization, as well as elements ot strategy and puzzle solving – will be available to download for just $5.99. Have you ever played the original Vagrant Story game? Will you download the re-release?