We already knew that LG was to release its new Watch Urbane on April 28, which is tomorrow in South Korea, which is also the date the LG G4 will be released. However, up until now we never knew when its US release would be, until now that is.

LG Watch Urbane US carrier support — A document has leaked that shows Verizon is to release the LG Watch Urbane on April 28, 2015 and that its price will be $349.99. It will be interesting to see if other US carriers will debut the new smartwatch, or if it is to be a Verizon exclusive? 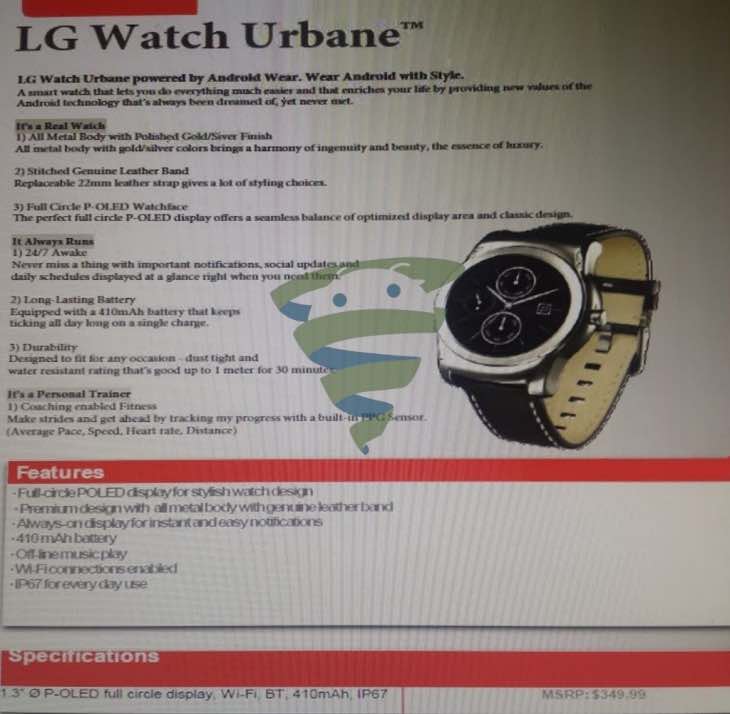 From the looks of the image from that leaked document, this is not the LTE version, and so will be the Android Wear model. We are not certain if and when the LTE model will be released in the United States, but we are sure it will not be too far behind the other version if it does release there.

Looking over the LG Watch Urbane specs and design it is clear to see why so many people have already started to vote this as the best Android smartphone out there. This is a huge claim seeing as though it has yet to be released, although there has been plenty of coverage, such as this early hands-on review video below.

How do you think this new smartwatch from LG will compare to the Moto 360 and also the Apple Watch, even if it is on a different platform?