Samsung Galaxy S3 users in Europe are going to be very happy by the end of the week it seems. We reported earlier this week that the highly anticipated Jelly Bean update was rolling out in Poland, but unfortunately it looks like US consumers are going to have to sit it out and wait for the last rollout.

Unlike iOS updates which roll out worldwide at the same time, Samsung tends to place Europe as a priority first, leaving US consumers with the scraps – a situation they may not be happy with as the months go on. A similar story is occurring with the US release of the Galaxy Note 2, with the device set to go on sale towards the end of the month, in places like the UK first before any sign of a US release.

It’s the same situation with Jelly Bean, as if you live in Europe you may have already had an official notification to install the Android 4.1 update – offering a variety of new features for you to enjoy. The pick of the bunch is Google Now support, but now there’s also a variety of visual improvements too and an overal performance increase to the handset. 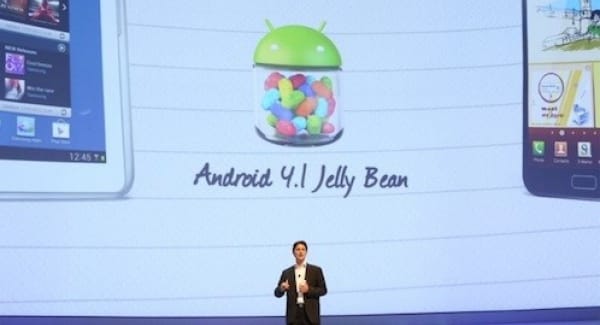 One question that many Galaxy S3 consumers are asking now though, is why has Samsung decided to rollout the official update to Poland first, before everywhere else? Does it not make sense from a business point of view to make the update available to European and US consumers at exactly the same time, similar to the way in which iOS updates occur?

Samsung has yet to finalize plans for the US rollout of Jelly Bean, so let’s hope that we get some clarity on this soon. We’re guessing that it may even come nearer the time when the Galaxy Note 2 lands in the US.