Pebble Technology Corp. has seen its way to update the Pebble Smartwatch app to version 2.5 and with it brings some much-needed features, along with improvements as well. You are advised to update this app now so that you have the latest features, if it hash’t done so already automatically.

What’s new – Within this Pebble Smartwatch app update is the ability to now update apps and watchfaces directly onto your Pebble device, this will happen when your watch is idle, such as when charging. The drawer inside the Pebble mobile app now houses Settings, which used to be located in the iOS Settings app. Other new features include improvements to stability and also bug fixes. 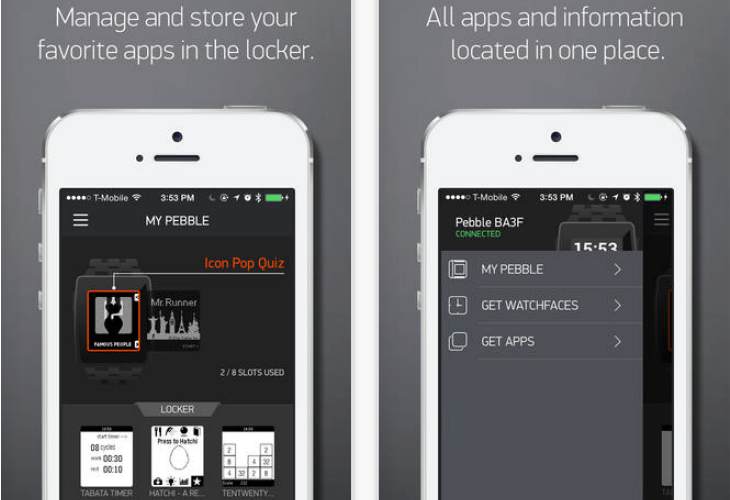 These updates are already on top of the already impressive features within the Pebble Smartwatch app, but are they enough to hold back Android Wear devices, as they have the might of Google behind them, along with a huge number of third-party app developers intent on getting in on the action?

Having said that, you can customize your Pebble smartwatch as much as you like thanks to more than 1,000 apps, which sounds to be more than Android Wear, although that platform is still in its infancy. It will be interesting to see what Apple has to offer once its Watch device comes to the party?