It’s been a while since Google offered an update to its Gmail service, but do not worry, as the company is working hard behind the scenes on an upcoming Gmail update. Try not to get too excited because the new feature is a controversial one, and also the fact that it might not be released until the fourth quarter of 2015, which seems like an age away.

Gmail to receive bills from your service providers — As part of this upcoming update it looks as though Gmail users will be able to receive bills directly, which could help take the headache out of paying them. However, where this gets a little controversial is how many users believe this to be going back in time because most service providers already offer automatic bill paying. 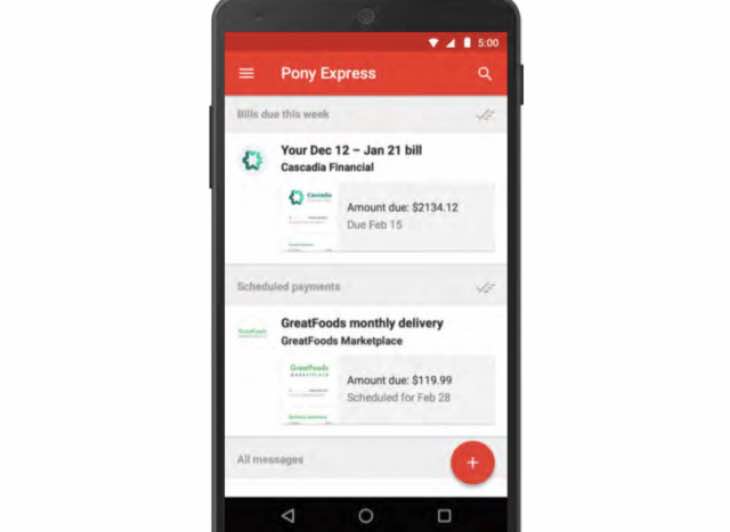 However, that is not entirely true, as many bills are not fixed and so cannot be paid automatically. Most cable, mobile, credit card and quarterly adjusted insurance are just four examples.

Even though this feature will get a mixed reaction, you will not have to use it if you feel you do not want to, it’s just another new feature that is said to make Gmail all the better for it — only time will tell if that is in fact true.

It was Re/code that first reported that Google was working on the new project to allow Gmail users to receive and pay bills directly inside its email service, which is codenamed Pony Express. There are several example images that show how these emails will show up, and you can also share your bills with other Gmail users.

Do you think Google is onto something here, or is this a feature that you will never use?