Now that Acer has finally introduced the ludicrous Predator 21 X gaming laptop, we now wait to see what the first round of reviews will reveal. We say this because it is the first laptop of its kind to come with a curved screen, and also some over-the-top specs that do seem to be a bit of an overkill when you consider the screen does not even support 4K.

The thing that worries us and what could be revealed in the upcoming Acer Predator 21 X review is that its screen could easily break, and even that strange looking keyboard come to think of it. Ok, so we know that Acer would have tested the screen, but making it curved does make it weaker than normal screens, and so when you get too engrossed in a game we know how we can do silly things. 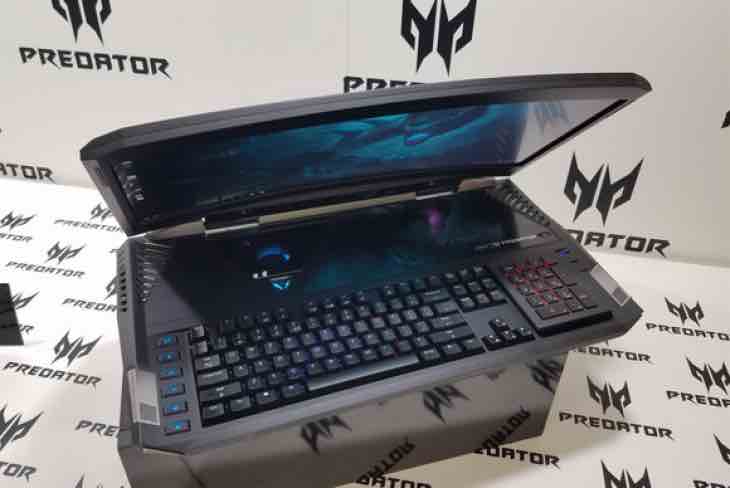 Having said that, many of you will not really be using the screen all the time and much prefer to connect it to an external 4K monitor to get the benefit from those two GeForce GTX 1080 GPUs.

While we are not into gaming on laptops like this, we can see why they are so popular. However, the Acer Predator 21 X specs do seem to be more than obscene, and we are also afraid at just how hot the device will run, and how big that power pack will be.

Just looking at the images of this laptop makes it look like a joke, and is just waiting for people to drop it because it weighs 17 pounds.