Having already discussed the trending rumor of Gareth Bale moving to Manchester United, and there are also some other rather interesting updates in regard to the latest transfer market. We know that once these deals have been finalized they often take time to show up on games, but not so with the recent FIFA 15 Ultimate team update.

The FIFA 15 UT update for Android and iOS now brings a much-needed feature, and that is an updated roaster, as you will be able to get up-to-date players based on the latest transfer market.

This means that you will get to play Martin Montoya in a Juventus strip or even Steven Gerrard in West Ham colors far sooner than you would have before within the mobile app, if rumors are true of course. 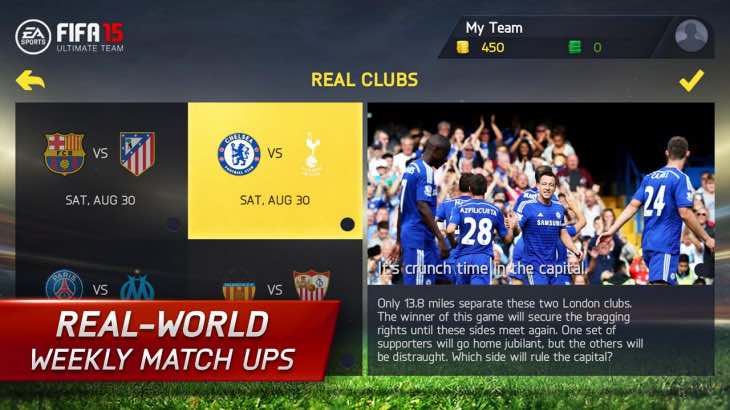 What else is new — FIFA 15 UT version 1.20 for iOS and 1.21 for Android comes with new features to help take your management skills to that next level.

As a club owner you will now be able to unlock new tactics and boosts to further you progress, and you can also use the rewards to make your Ultimate Team ever tougher.

Players will play differently based on the location of a pitch, so now you will be able to better hone their skills in these different locations. Finally, there is now a skills move button, allowing you to select either Through Ball or Skill Moves depending on which you prefer.

Have you tried out these news features yet, if so please let us know your thoughts.