Days after Destiny players were greeted to a whopping 18GB update, we can now see that a new Until Dawn 1.03 PS4 update is live – weighing in at just over 10GB in size.

10GB is no joke though and you’ll see the install the next time you turn on your PS4 if you haven’t in a while. For those on slow connections who have just purchased the game – it is not the best scenario at all in a game which is all about choosing scenarios. 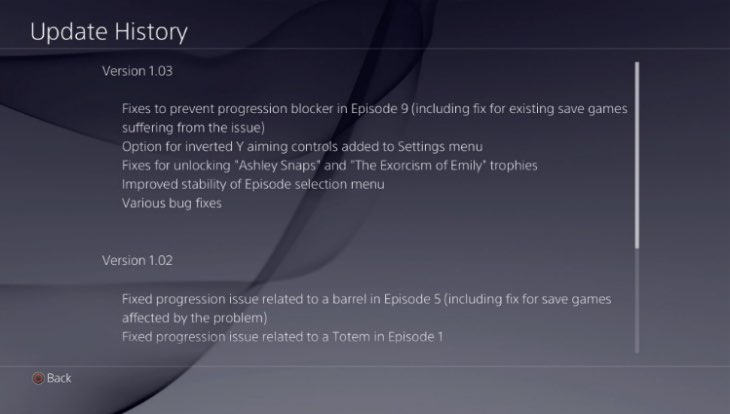 We have the full Until Dawn 1.03 update notes for you above, revealing that the developers has now offered the option of inverted Y aiming controls.

Other than that, there’s some specific fixes, improved stability and nothing much else – certainly not to warrant a whopping 10GB update that may take some of you hours to install.

Give us your thoughts on this update below, are you surprised to see such a big update size for a relatively small patch in terms of content added or fixed?

Is this the new precedent being set on next-gen consoles? You may want to get that PS4 hard drive upgrade sooner than expected.