With the release of the film Unstoppable yesterday came news of an industry’s first for mobile devices. The movie’s Blu-Ray will enable users to view their purchase on an Android OS based device for the first time ever.

Unstoppable, starring Denzel Washington and Chris Pine is the action thriller based on true events, ironically titled what it represents for Google’s Android. Up until now digital copies of movies were not compatible on devices like these, but with this new development it seems there really is no stopping Android.

As Engadget report, it is a bit of a shock that advancement like this has taken so long when it has been made available on other devices such as Sony PSP already. 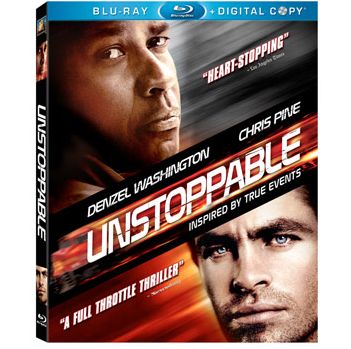 Engadget also say that in order to have this functionality, users must first have the film on Blu-Ray disc, a Blu-Ray player connected through Wi-Fi, at least 1.6 version of Android plus the PocketBlu app which can be downloaded off the Android Market free.

This sounds like a lot of effort just to be able to watch your favorite films on the go, but then again I’ve always thought nothing beats watching a good movie on a big screen from the comfort of your own sofa. What do you think? Will you be watching movies on your Android devices?