A few days ago Tina Chubb wrote an article that looked at the release date confusion of GTA 5, and when looking more closely, it seems as if it is an unrealized hope that Grand Theft Auto 5 would be released in 2011. We get into this a bit more later, but we would also like to revisit an old subject on the release of a new GTA and the swearing options.

We can still remember when Daniel Chubb first discussed the issue of swearing and a possible option to turn it off. As you can imagine this got a huge response, but most were against what he said. Knowing Dan I felt that I should explain a little more about what he meant.

It’s understandable that just having swearing off so a child could play was stupid, as there is much worse going on in the game. However, Dan was thinking more about when an adult is playing the game in one room and kids in another — not nice for them to hear all that swearing now is it? 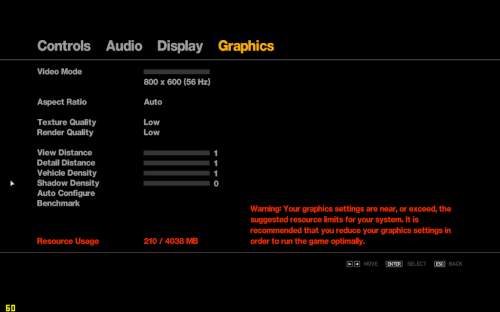 Some of you will now be saying that kids should not be around listening, but those of you with children will know that this is an impossible task. Whether GTA 5 gets released in 2011 or 2012 is anyone’s guess, but an option to turn the swearing off is still something that Rockstar should explore.

There seems to be so much discussion about GTA 5 still being released in 2011, with a November date kicking around, but Game Podunk says that games such as L.A. Noire might make this a little hard. The reason for this is Rockstar does not want any other game with the same format taking the shine off GTA 5.

Do you still think it is a good idea to be able to turn swearing off in GTA 5, or is this something that will never happen?