It is not news that Apple’s MacBook Pro line is undeniably among the most impressive ranges of notebooks, with their sleek designs and powerful hardware. In all their glory there are still requests for improvements from users however. One of the most sought after features for these machines is some kind of integrated 3G, so the internet can be accessed wirelessly wherever the users is.

For the moment if a MacBook Pro owner wants to use the internet while on the go or not in a Wi-Fi zone they need to separately purchase a dongle or a Mi-Fi device. Today we have news of a MacBook Pro prototype which features a built in 3G modem in the form of an antenna. This particular model is a 15’’ Santa Rosa laptop from 2007 and features integrated SIM-card slot with 3G hardware.

The device was spotted by MacRumors while it was up for auction on eBay. The seller claims it was purchased for parts, although it is no longer available for auction suggesting it was leaked. He was able to get the unofficial machine into working order, with the 3G connector being seen by the OS; however the data connection was not present. Pictures of the inside of the laptop show that it has a red motherboard, which is typical of Apple prototypes.

As this product is unofficial, it is not certain whether we will be seeing a MacBook with built-in 3G soon, which is what would normally happen after a prototype is showcased. What is certain, however is that Apple has at least been dabbling with the idea since as early as 2007. Where this particular model went wrong is also something that is unclear but hopefully the company will find a solution to the problems they found with producing such a device.

Is a MacBook Pro with built in 3G something you would look to purchase? 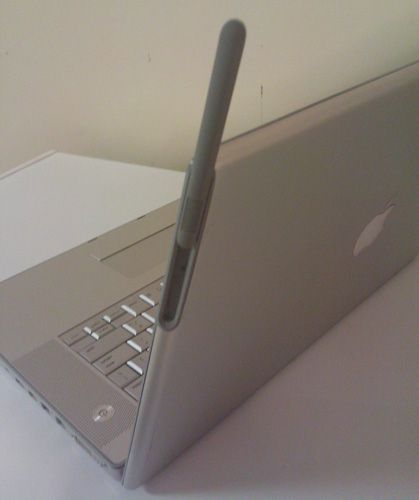