Rockstar announced some major GTA V news for PS4 and Xbox One versions hours ago. One of these was the reveal of how to unlock the GTA V Kraken submarine for PS4 and Xbox One, as it is going to be available for those that have already played the game on PS3 and Xbox 360.

Most of you know that there are still secrets at the bottom of the ocean in GTA V and now Rockstar has revealed that there will be a fantastic sub-quest for players to take on with the next-gen versions.

In a post on their website, Rockstar has announced the Wildlife Photography Challenge for GTA V. More importantly though is the details about players needing to “catalog unique animal species scattered across the map to unlock the special Kraken Sub.” 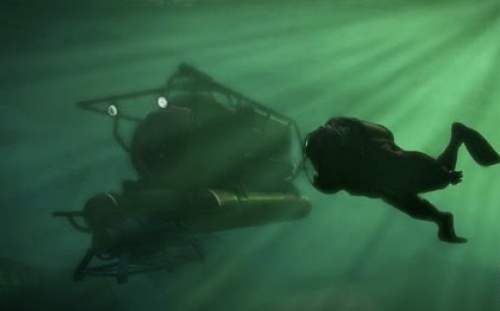 A picture of the Kraken sub can be seen below, but Rockstar are not saying anything on what the Kraken sub will do and if this is strictly an exclusive for returning players and not for those just buying PS4 and Xbox One versions for the first time.

Rockstar has also teased the fact that there are ‘new species of animals’ to discover on the next-gen versions and collecting data on them will unlock this new submarine.

With the game coming next month, hopefully we’ll be able to share more details on it soon. For now, give us your reaction to the Kraken Sub and whether you are now planning to pre-order your copy.