We have something really exciting for those who are just opening up COD Advanced Warfare for the first time today. We have discovered that there is even more zombie content to unlock other than the secret zombies map which is inside the Exo Survival mode.

You have to do it inside the Exo Survival mode and essentially complete all of the Tiers available. Once you start playing, you’ll know that Exo Survival is split into Tiers 1 to Tier 4. 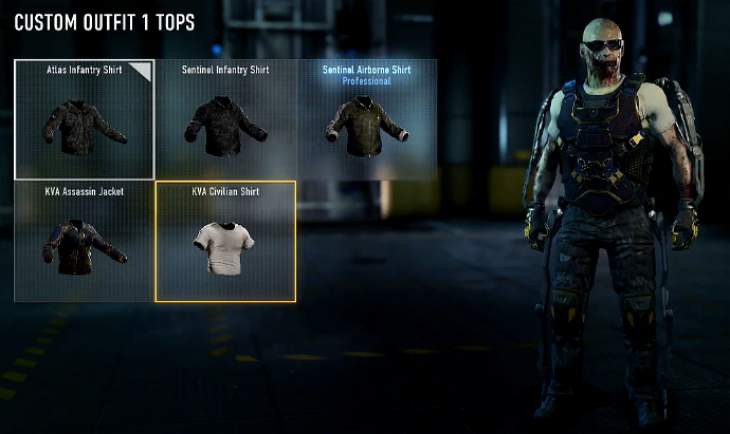 Once you get to Tier 4, you’ll play the map Riot which is the same map which you’ll get to play the zombies level. After watching the cutscene upon extraction after level 10, you’ll actually unlock a zombies skin for multiplayer as well as armor too.

For those asking how to get to Tier 4 in Exo Survival mode, simply complete over 100 rounds inside Tier 3 – so you will have to play for a considerable amount of time to get these rewards.

We do have a tip though to make it very easy to get. Simply find a friend who has already completed Exo Survival mode. Get this friend to host a match on Tier 4 Riot and when you watch the cutscene again, you’ll be able to unlock the content for multiplayer – skipping the need to go through Tiers 1-3 yourself.

It’s a great way to save some time, the multiplayer skin looks incredible so it is well worth trying it out. Let us know if our tip helped you and if you are already using the zombie multiplayer skin in COD Advanced Warfare.